One thing I find myself saying almost everyday now, is that you learn something new everyday. Now that might be an old, cliche saying, but I find it to be true more often then not. The picture you see above is an air tank for a custom air ride system. The customer brought it to me and wanted something different color wise. I showed him a sample I had laying around of this ghost purple color and he instantly fell in love. Then he threw us a curve ball. "Can we do a honey comb design on it?" he said. Never one to back down from a challenge I accepted. Had NOOOOOO idea how I was going to do it.

I started by making a phone call to a buddy who had a vinyl cutter and high temp vinyl and told him I needed some 1" hexagon shapes. He sent over a couple sheets of them a few days later. This is where the learning curve really starts to kick in. I began by pealing of just the narrow lines between the hexagons and trying to put that on the tank so that we would basically have white hexagon outlines with ghost purple insets. After a couple hours of fighting with it I managed to rip and for some reason not be able to get it on the tank straight so I scrapped that idea. My next idea was to take the small hexagons themselves and clump them. I would use some very small tape to run lines between them so that they were all the same distance apart and make a small crop of them just to put a little design feature on the tank like the customer wanted.

After getting them layed out over the white base I sprayed the next coat which would be our base for the ghost purple. Not having a clue what I was doing i put the tank into the oven to bake out. Once it came out of the oven I began to peel back the vinyle to reveal the white hexagon shapes underneath. However due to my lack of knowlege at the time (this was all the way back in 2018) I peeled them off at the wrong time. Now being older, wiser, and farther along in the powder coating game what i should have done was to bake the part out with the purple on it for about 5 minutes then pull it out and pull the vinyl off. That way instead of having fully melted powder that can string out when you pull the tape and get on parts you dont want it is more of a sugar look where it has just started to melt but not all the way. Makes it much easier to pull vinyls and give you those nice clean crisp lines you are looking for.

Long story long I now had purple marks all over my nice white hexagons. I contacted the customer immediately to talk to him and form a solution. Our solution was to just scrap the honey comb idea and do the entire tank purple. However sometimes its better to be lucky then good......

After finishing the tank and having it all cleared, i discovered that the scrapped white hexagons had actually shown through the purple color giving them an even more amazing ghost effect. If you look closely at the picture you can see them right in the middle of the tank. Needless to say the customer absolutely loved it and we learned something new to take forward with us as the shop progress's.

A Job For An Old Friend 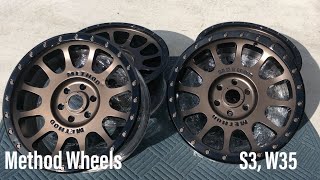